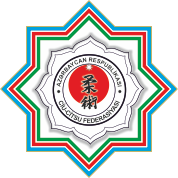 “In order to master the art of combat, one must comprehend his philosophy.

Without mind, body is unnecessary. “

Saying of the ancient masters.

The main principle of all martial arts

It is covered in one formula: “Shin-Wadza-Thai”

Ju-Jitsu (the correct pronunciation of Du-Jutsu, but we will use the historical version of this term in the Russian language) – roughly means “soft art”. The literal translation of Jiu-soft (malleable), Jitsu – technology.

Ju-Jitsu is the secret art of Japanese self-defense, which gave rise to Judo, Aikido, Karate, Hapkido, Sambo, Ju-Jitsu, a universal system of Japanese self-defense based on the principles of Eastern ethics and philosophy. The technical arsenal of Jiu-Jitsu includes a variety of attacks on vulnerable points on the enemy’s body, throws and stalls, painful and suffocating techniques, methods of disarming, tying and escorting. Ju-Jitsu includes complexes of work with traditional oriental weapons, effective methods of mental self-regulation and physical, “Katsu” techniques – the traditional Japanese art of first aid in extreme situations.

Ju-Jitsu is an ancient and modern self-defense for everyone. It is a fascinating sport, if practiced, and effective, if applied. If your safety in ordinary life means something to you, you should learn Jiu-Jitsu. Mastering them will give you a lot of confidence, mobility, health and joy of life.

Modern Jiu-Jitsu – the concept is currently quite vague, as the method of training and the way to check the achieved results strongly depend on who and why it does it.

Jiu-Jitsu hand-to-hand combat training should focus on a situation in which the practitioner can apply the acquired skills. The special forces soldier, the girl in the self-defense group and the bodyguard can all be practiced using different methods, but the name will sound the same – Jiu-Jitsu.

A significant part of people who start to engage in martial arts are primarily interested in the possibility of using martial arts skills for possible self-defense, acquiring psychological confidence on a dark street, maintaining good shape and, last but not least, achieving sporting results.

When conducting Jiu-Jitsu training, we highlight two important aspects of R. B. – the ability to conduct a contact competitive match with a rival and the ability to protect oneself in an unprepared, everyday situation. Not always a strong athlete confidently feels aggressive in his domestic situation, and not always an experienced street bully can at least show something on the carpet with a trained opponent. There is a huge difference in the initial distance, the psychological and technical degree of readiness to use certain strokes and techniques between a sporting match and self-defense in the domestic environment. Our training takes into account these two different strategic directions of what we call Jiu-Jitsu.

Martial arts played a huge role in medieval Japan. The need for brutal practices and countless civil strife forced the warriors to constantly improve, refine the structure of techniques, develop and deepen the search work in the field of tactics and self-defense techniques. The concepts of the prevalence of softness and malleability over brute force advanced by ancient Chinese thinkers fell on fertile Japanese soil. The Chinese said: “If you want to be firm, keep your hardness with softness. If you want to be strong, take care of strength with weakness.” The continuity in this respect of the traditions of martial art was expressed in the Japanese proverb “Ju Jeku Go-o Sue Sura” (softness will overcome strength and evil), in effect, proclaiming one of the basic theoretical principles of Ju-Jitsu. It should be noted that the old schools of Ju-Jitsu were united by a common theoretical, philosophical -ethical basis. As for the tactical and technical principles and methods, then in hundreds of schools a variety of original directions were cultivated. Some schools, such as Daito-ryu Aiki Jiu-Jitsu, specialized in the implementation of “internal energy”, clever methods of unbalancing, fighting techniques at the joint of the hands. In the schools of Kito-ryu and Kyoshin-ryu, they preferred to free fights. The schools of Tensinseny-ryu and Yesin-ryu removed a lot of attention to the atemi-waza technique and various cansetsu-waza pain techniques. There were schools that specialized in choking techniques, wide-amplitude shots, or such an exotic technique, such as painful techniques on the knuckles of fingers, etc. Schools close to the content of their curricula to the traditions of training medieval ninja spies, practiced the technique of pressure, pinching and pinching effects on vulnerable points. Thus, by the beginning of the twentieth century, a single Jiu-Jitsu system did not exist. Many schools of Jiu-Jitsu declined in connection with the socio-political methods that undermined the domination of the samurai class. Jiu-Jitsu’s rich traditions and accumulated schools have a powerful competitor – a unified judo wrestling system created by Jiu-Jitsu, an outstanding specialist, Jyoro Kano. He saw in Judo first of all an excellent means of physical education, the path to the most effective way of using the mind and body. His brainchild received worldwide recognition and widespread popularity as a popular fight. In 1959, judo was officially approved as an Olympic sport and was included in the program of the XVIII Olympic
Games in Tokyo. Starting with the XX Olympic Games, judo is regularly included in the program of the Olympiad. However, Jyuoro Kano retained something from the Ju-Jitsu Combat Arsenal, creating a less well-known general public, a special applied section of Judo-Gosin-Jitsu (the art of self-defense). In the 30s of the last century, another branch of the ancient art of Ju-Jitsu, the Aiki-Jitsu system, began to take shape in its modern form, which in 1952 received the final name of Aikido. The founder of Aikido is an outstanding master of Ju-Jitsu, an excellent connoisseur of related martial arts Morihei Ueshiba built his system on the principles of harmony of body and spirit, harmony of man and nature, true harmony of the relationship between people. Having a unique ideological basis, the Aikido system is mainly based on the technical achievements of ancient Ju-Jitsu.
Despite the presence of such powerful competitors as Judo and Aikido, the art of Ju-Jitsu did not disappear. Ju-Jitsu schools continued to develop, although they lost a significant number of adherents.
Moreover, the period of rapid spread of Jiu-Jitsu beyond the borders of Japan began. In 1899, Jiu-Jitsu teacher Yukio Tani arrived in London, initiating the teaching of this art in the educational institutions of the English army and navy. Private schools were opened, and Scotland Yard police officers and detectives were trained. Later, experienced Jiu-Jitsu and Judo Akitaro Ono, Kondzumi, Osigashi come to England. In France, the major Jiu-Jitsu schools were founded by Mykonosuke Kavashin, Veldenkreutz,Lyasser and other specialists. Similar processes took place in Germany, Belgium, Czechoslovakia and other European countries. By the beginning of World War II, Jiu-Jitsu had established itself in Europe as the dominant self-defense system.